Click Create Campaign in the main navigation.
From the first screen select Multi Stage Journey as the first step.

Next is the choice of what triggers the campaign. As with a regular campaign this will be the method which kicks the campaign off, the only difference here will be that instead of sending the individual messages to the User Profile, it will instead push them into the workflow.

These guides describe the process of creating a multi stage journey campaign after the November 2020 release. Before this release, you may have been used to assigning an event on a workflow's start action. The same effect can now be achieved by selecting Event Triggered Workflow and choosing the event on the new campaign's Event tab.

Any existing workflows have automatically been migrated. You can read more in our pre-release blog.

To build the workflow within the campaign, switch to the Workflow tab and click on Create Workflow to open the Journey Builder. 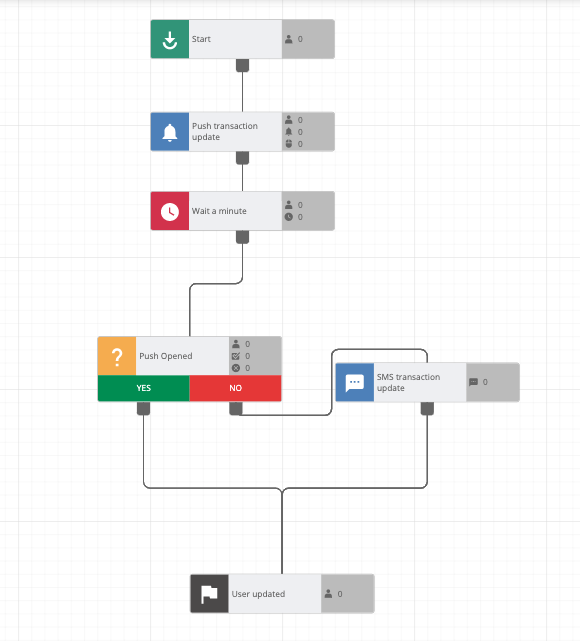 Actions are the building blocks of a Workflow.

They are called actions as they allow you to perform an action when a user profile enters them, before allowing the user profile to pass through to the next action.

To create a new action in your workflow, click an open

Plus icon at the end of the current workflow and choose which action you want to add next.

Actions are editable by selecting them to open the small toolbox. This will usually contain a preview or overview of the setup for the selected action.

To modify them, click the Edit button, which will open the larger toolbox. It contains the relevant editing tools for the action selected.

An overview of the main workflow editor can be seen below: 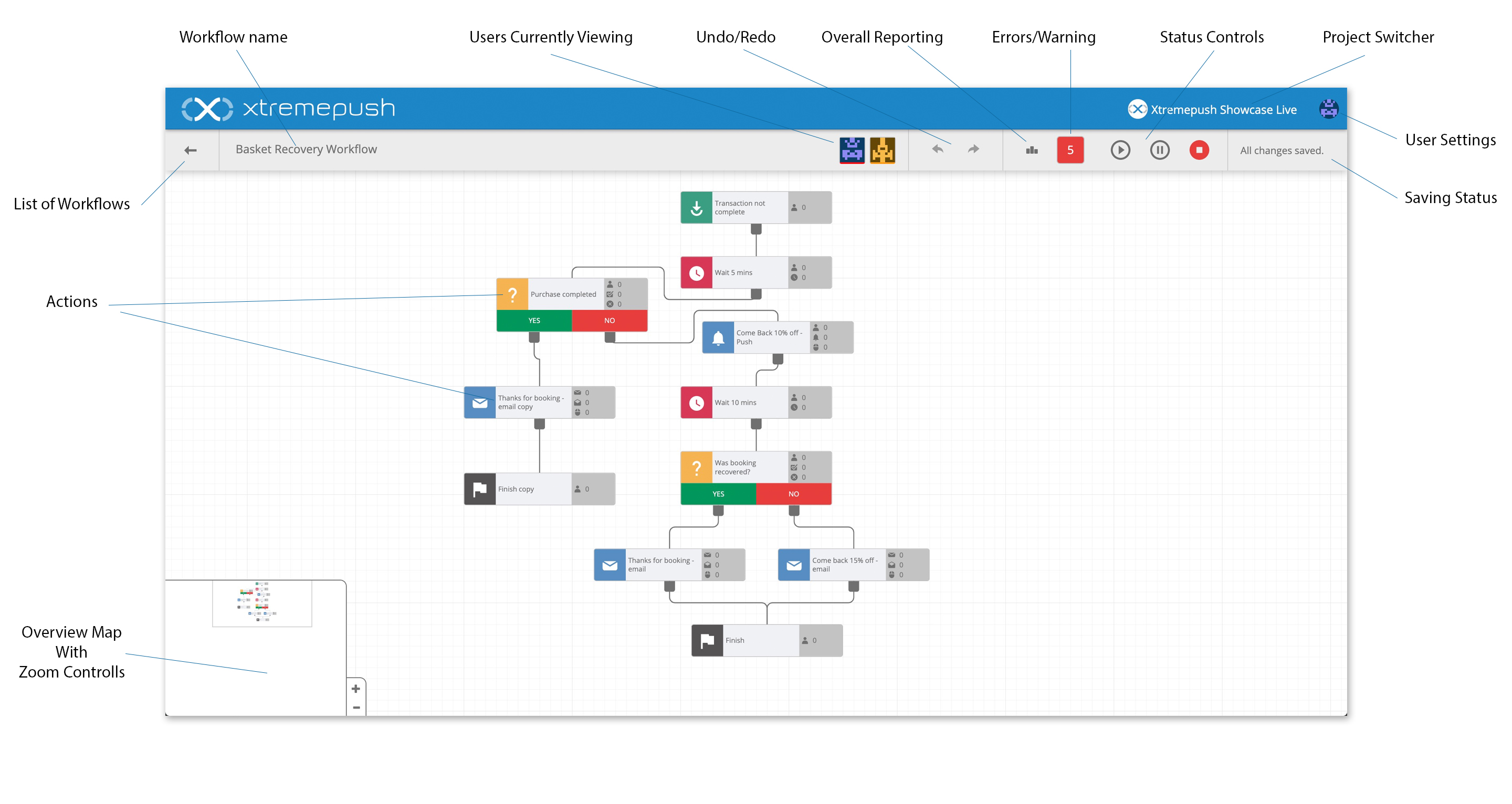 All loose ends in a workflow must be closed by adding an end action (otherwise the workflow will show errors).

A running validation check is available in the top right toolbar. Here it is possible to click the validation number to see a list of errors which stop the workflow from running. Each error can be clicked to be taken directly to the action which has the error so it can be dealt with.

Any errors will be picked up in the campaign and prevent it from being scheduled. It is important therefore to make sure all errors are dealt with before launching the campaign.

For a single stage campaign the recipient count includes a channel breakdown and will automatically filter out available recipients based on subscription status for these channels.

A multi stage journey will simply show all available recipients based on the segmentation on the campaign.

It is not possible to filter based on channel subscriptions as there may be many reasons to push a user into a journey including the possibility of following different paths and arriving at different messages. Also, as it can take an extended length of time for users to pass through a journey, there is plenty of time for subscriptions to change as they make their way through to the end actions.

Instead, whether a user is eligible to receive a particular message or not is assessed at the point each message is due to be sent.